Sulphur Springs EDC :About Us

How Can We Help? 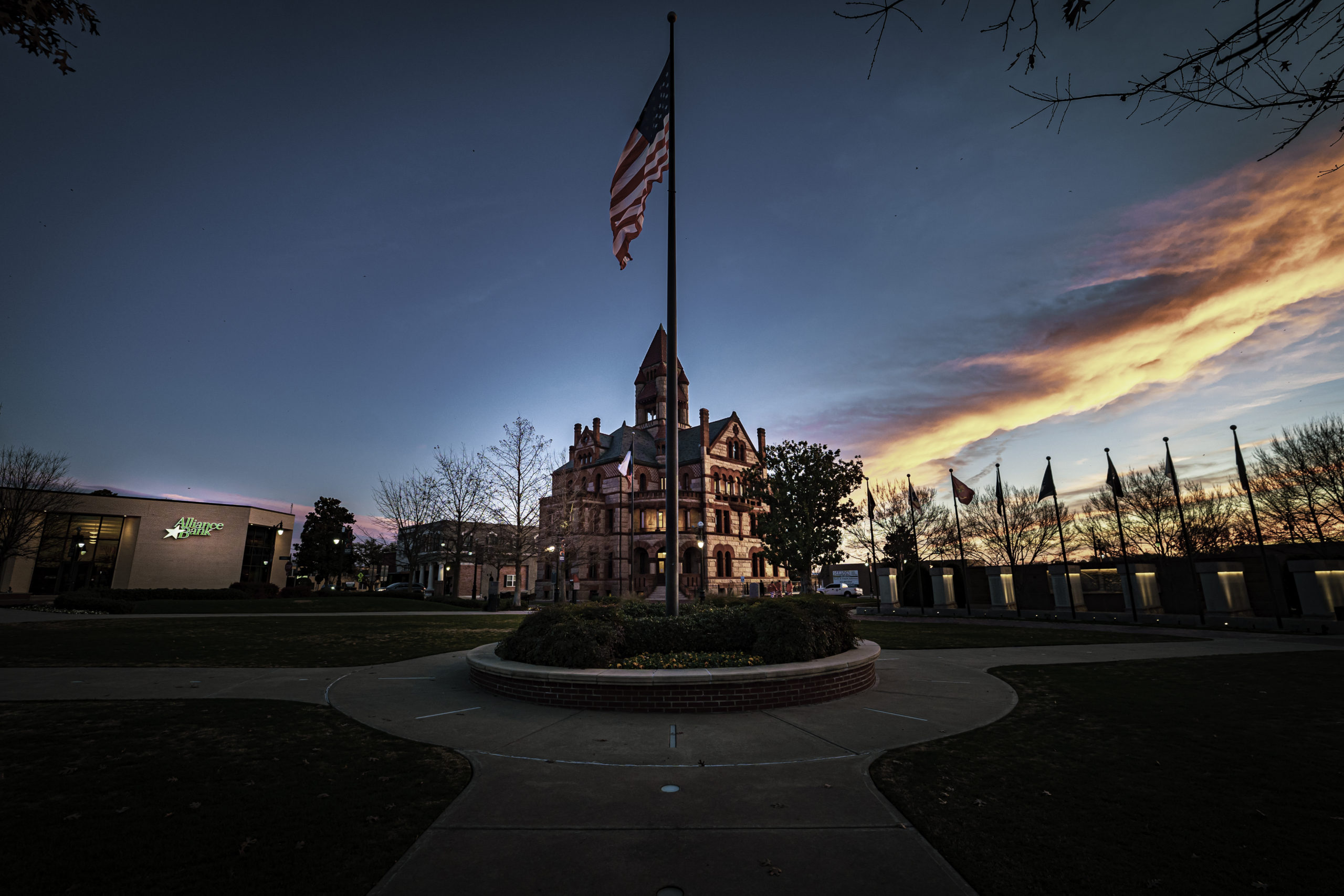 The Founding of Sulphur Springs

Sulphur Springs derives its modern name from the fact that when the area was first settled, springs of sulphur water were abundant. Before the first settlers arrived, local Native American tribes often used the areas around the springs as their home. When the settlers began arriving, they, too, used the springs as their camping grounds. A man by the name of Eli Bib, one of the first settlers, ran a store from his cabin that sold staples, whiskey, persimmon beer, and slabs of ginger cake. In 1849, Dr. and Mrs. Davis moved into the area. Dr. Davis envisioned the spot as a future city. In 1850 the residents organized the area’s first church, the Methodist Episcopal. Construction of the church was completed in 1853.

In 1852, the Presbyterian Church was organized. At that time, the population of the village was 441. In order to serve the growing group of people, commodities began to be brought in from nearby Jefferson and new stores began to spring up. The village became a city in 1854 when the first post office was established. The city’s name was originally Bright Star. Mail to and from the city was delivered by the Pony Express.

On May 18, 1871, the county seat of Hopkins County was moved from Tarrant to Sulphur Springs, and the name “Bright Star” was removed from the postal directory.

The exact date of the first government’s formation is unknown, but one of the first to hold the mayor’s office was William A. Wortham. In 1854, Wortham bought the Texas Star press and moved to Sulphur Springs where he, his brother-in-law, and Bill Davis established the city’s first newspaper. The Echo Publishing Company was founded in 1897. It was the first steam-powered press in Sulphur Springs. After the first plant was lost to a fire, a new plant was constructed which used gasoline as fuel. In 1884 the Sulphur Springs Enterprise was founded.  In the same year, leading exponent of Populism James Harvey “Cyclone” Davis founded the Alliance Vindicator, which was published until 1901. John S. Bagwell bought the Hopkins County Echo in 1916. In 1924, the Texas Star was merged into the Daily News Telegram. The Daily News Telegram changed its name first to the Daily Gazette and later to the Weekly Gazette.

Eventually all these newspapers were merged into the Sulphur Springs News Telegram and the Hopkins County Echo, both of which still exist. Ten acres (40,000 m2 )  of land were set aside for the Bright Star University in 1857. The Sulphur Springs District Conference High School began in 1877, established on the Bright Star University land on College Street. In December 1882, the school became known as Central College. It was owned by the Methodist Episcopal Church. It was later renamed Eastman College and Conservatory of Music and Art under a new charter. Before the year 1900 the college burned and Professor Eastman left the area. The First National Bank of Sulphur Springs was nationalized in 1855. It is now known as City National Bank. In 1857 the area’s first steam-powered factory was established by the Bell brothers. In the same year, the Morro Castle was built on North Street. Its builders remain unknown.

A railroad line was extended from Mineola in 1872. Settlers were drawn by tales of the healing powers of the city’s sulphur baths. Due to population growth, the springs of sulphur were gradually covered and none remain active today. A rail was run from Jefferson to Sulphur Springs in 1879. The St. Louis, Arkansas & Texas Railroad (Cotton Belt) built through Sulphur Springs in 1887 on its way to Commerce and Sherman. The next year the line was completed to Fort Worth. In 1891 the bankrupt railroad was sold to Jay Gould interests and renamed the St. Louis Southwestern Railway.

An ice plant was built in 1887. The city’s courthouse, which still exists today, was constructed in 1895. In 1904, wells were dug to supply the city with water. In the same year, a long distance telephone line was run to nearby Greenville. In 1889, the City National Bank was organized.

After World War II a new government was founded. With the inception of this new government, many new programs were started and the city grew until the population rose to be approximately 15,000.

The dairy industry is a major component of the local economy.  Large industries in the community include Ocean Spray, Grocery Supply, Jeld-Wen, Saputo, BEF Foods and others. For several months in 2013, Hopkins County enjoyed the lowest unemployment rate at approximately 5.3% and 500+ jobs added.

In 2013, public glass bathrooms were erected in the downtown square. The concept was inspired by European Artist Monica Bonvicini. Sulphur Springs has the only functional, permanent and code complying glass bathrooms constructed with one way mirrors. Users of the facility can see out, however, no one can see in.

Leo St. Clair Music Box Collection houses more than 150 unique music boxes, many one-of-a-kind, unique and antique, and some owned by movie stars and soldiers. Sinclair WWII Collection displays letters, pictures, and other World War II artifacts. Both are housed at the beautiful state of the art library.

Cooper Lake State Park has over 2,500 acres of terrain and 19,300 acres of lake.  Lake Fork, renowned for champion bass fishing, is 15 miles south of Sulphur Springs.

Coleman Lake and Park is a 186 acre park with waterfalls, trails, and tournament rated ball parks. Imagination Mountain sits atop the waterfall and completes this family play area with tunnels, slides and sandpits. Buford Park is a one acre park with castle playground known as Kid’s Kingdom. The local walking trail crosses Pea Vine Pinion pond. The Farm and Art Market is located downtown from May through October during the evening. In 2012, American Farmland Trust voted the market as “America’s Favorite Farmers Market”.